Mike Nelson started working at LPA Retail Systems in October of 2015 as an independent contractor for networking support. He enjoyed solving problems with their fun and talented professionals. “I also enjoyed helping LPA’s clients in their diverse retail spaces and helping them serve customers in their fast-paced retail environments,” he says.

Mike came to LPA Retail from Promotion Technology Group where he was a Solutions Architect.  While there, he assisted in the sales process, designing, building, testing and implementing technology ranging from simple single-button interactive countertop displays to full motion interactive projection experiences.

Mike was also the first Geek Squad Agent hired outside the Minneapolis area (Agent 143). He trained countless other Geek Squad Agents both in technology and culture across the entire U.S. and was selected to help launch Geek Squad U.K. While working in London, he grew the company from 7 to 55 Agents in just six months.

His volunteer activities include working with Surly Gives a Damn on community service projects that include painting and light landscaping in and around disabled group homes. Mike is also a racing instructor, motorcycle rider, home brewer and ordained minister—a true Renaissance man.  He holds an Associate Degree from College of DuPage in Glen Ellyn, IL. 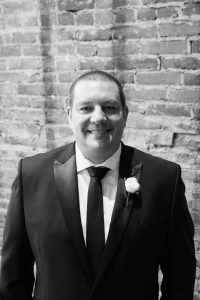 David Hagen joined LPA Retail Systems in 2001 because he wanted to work on installing computerized accounting systems. At LPA Retail Systems he writes customizations to the software and also sets up and converts data for clients coming from other systems; upgrades current clients; and provides Tier 2 support. He has migrated many large (20+ location) companies to NCR’s Counterpoint Software.

Prior to coming to LPA Retail, David was Controller for Phoenix Medical Services, Inc. where he was in charge of all operations.  While there, he migrated the company to a new computerized accounting system (Counterpoint V7), which they still use today.

David has an incredible work ethic, logging more than 1,500 billable hours each year since 2001; exceeding 2,000 in 2010. His customer service philosophy is: If you earn the client’s trust, they will remain loyal, even if you make an occasional mistake.

David and his wife have been married since 1998 and have three boys, one in college.  In his spare time, he enjoys playing tennis, fishing and golfing.  David holds a B.S. in Computer Science from Winona State University in Winona, MN. 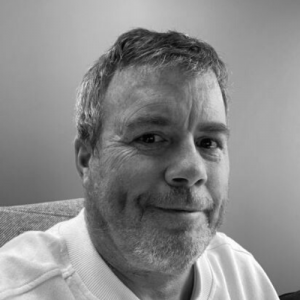 Zan Lano first came to LPA Retail Systems in 2014 looking for a career change. At LPA Retail, he works with clients to implement the solutions necessary to grow their businesses.  His duties include scheduling technicians’ time; maintaining project information; purchasing and working with the sales team to finalize proposals and configure projects in a manner that most optimally serves the client. Zan believes that listening is the most important element of customer service.  “We can figure out how to make just about anything work, but first we need to understand what the client wants and determine what success looks like.”

Among his many professional accomplishments, Zan is most proud of bringing the company’s open project count down to a fraction of what it was (when LPA Retail had twice as many project managers). “We now have a process for projects and I look forward to improving that process every day.”

Zan holds a Bachelor of Arts degree in English from the University of St. Thomas in St. Paul, Minn. and a two-year diploma in Lutherie (stringed instrument construction and repair) from Southeast Technical Institute in Red Wing, Minn. He is married, plays the guitar and enjoys ping pong, snowboarding, golf, and cooking. 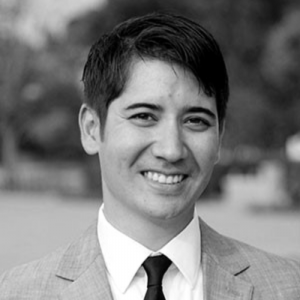 Jerret has been with LPA Retail Systems since June of 2015, starting as a Tier I Technician. he also has filled the roles of Manage Services Lead, Project Delivery Lead, Tier II Technician, and now Service Manager.  He has served in the United States Marine Corps for 12 years and now continues to serve as an Infantry Officer in the Minnesota Army National Guard. He has deployed to Iraq, and Afghanistan as well as a recent deployment to the Horn of Africa. During his Afghanistan deployment, he stepped up to fill IT-related roles overseas, which he draws on his experiences for success at LPA.

He holds a Bachelor’s degree in Criminal Justice Management from Rasmussen University. When he is not fulfilling military obligations, he enjoys spending time with his Wife Joeline whom he met in 5th grade,  riding his Harley Davidson Motorcycle, improving his classic 1967 Mercury Cougar, smoking meats in his smoker, and generally having fun with good family and friends. 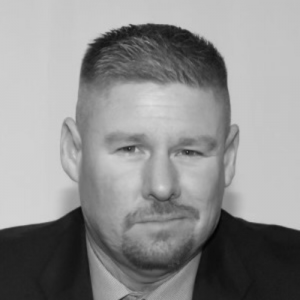